Norman Daly is the artist. The show is called “The Civilization of Llhuros.” It begins as a spoof of almost everything current in art and anthropology and it ends, possibly, as high art.

“The Civilization of Llhuros” opened recently at Cornell’s Andrew Dickson White Art Museum in Ithaca, New York, where it occupies all the galleries of that Victorian mansion. The exhibition has been organized, fully catalogued and handsomely displayed by Marilyn Kawin, assistant to the director, and Thomas Leavitt, who leads a double life as director of the White Museum and director of Museum Programs of the National Endowment for the Arts. After the Cornell showing, “The Civilization of Llhuros” will move on to other eastern museums. 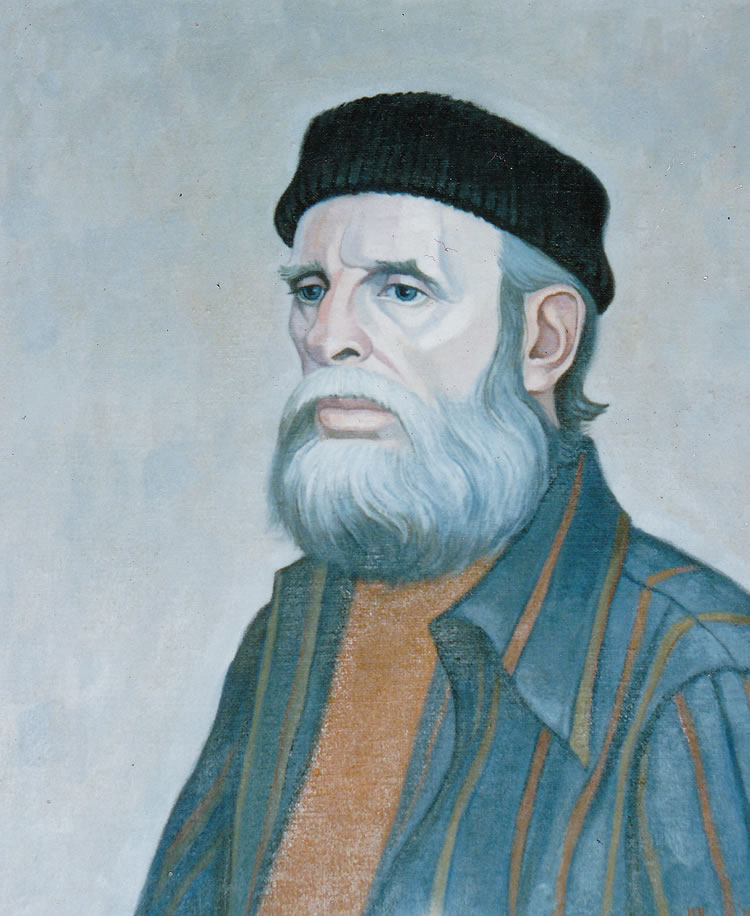 Daly conceived his unique creation about six years ago after he attended an Elliott Carter concert and was impressed by the determined attention of the audience. The very difficulty and rigor of the music seemed to elicit involved response from the listeners. Daly decided to create a format that would allow him to make comparable demands on an audience of viewers. He recognized that he needed a spatial and temporal environment that would hold the viewer long enough to engage his attention, and that then the experience would have to be challenging and aesthetically gratifying. To achieve this end, he conceived the idea of a controlled exhibition using planned interferences, ambiguities and mental reconstructions.

The visitor to Daly’s exhibition is constantly kept off balance, teetering between acceptance and rejection, belief and disbelief. He rarely knows for sure what anything is made of, how it came to be there, what it means. He is treated as peer, dupe or participant, but he is not encouraged to drift through as a passive receiver of sensations. If he is willing to engage in the complexities of Daly’s conception, he may discover the beauties of one of the most fascinating creations of recent times.

Daly has invented a mythic civilization, complete with artifacts, remains of sculpture and painting, ritual, poetry, music, games, ornithology and a group of international scholars who are experts in the field of Llhuroscian studies.

Presented as a sophisticated archaeological display, the exhibition offers a great variety of sights and sounds, ranging from a deceptively conventional catalogue which contains an extravagant satire of scholarly lingo, erotic poetry, photographs of artifacts—to electronic tapes—a massive 9′ x 37′ “stone” relief, a site plan, a menstrual chart, a sex stimulator and so on. (See the pictured samples of a ritual container of the phallic type used by the priests of the Temple of Phallos at Draikum and a water clock the water in which was allowed to escape slowly from a small hole near the bottom of the vessel and the time was indicated by the level of the water within.) These images and constructions are put together from various artifacts lifted from our own culture. Daly has approached his immediate surroundings with a wide-open and omnivorous eye. Picking up a 19th-century industrial contraption here, a dime-store toy there, plastic cartons, household appliances, marble, wood, styrofoam, paint and glue, he has put together found-object sculpture and collage on a grand scale. These disparate fragments of our shared environment are rearranged, aged, transformed into different materials, invested with new meanings, labeled, and suddenly, in a magical metamorphosis, they become mysterious images of a remote but somehow real society. As a one-man creation, “The Civilization of Llhuros” reflects the artist and his life and times. Daly has used his invention as a receptacle for all his personal and creative impulses. He has poured into it his Irish Catholic sensibility, his wit, sex fantasies, phobias, insights and imaginative flights, without holding back.

As an artist, Daly has always maintained a set of firm, even compulsive, convictions. He is addicted to the vertical direction and those rhythms that work with or against it. He is obsessed with oldness, patinas and fractures that reflect the effect of time on the works of man. He revels in antiquing and fakery (he would have made a great forger). He likes jokes and lewd puns. He relishes the conflict between random and order. He has a 20th-century love of paradox, yet he admires structures of classical formal clarity. In “The Civilization of Llhuros,” he has found the capacious format for all his creative needs.

Obviously his work derives from Duchamp’s radical discovery of found object sculpture in which, by the simple act of selection and relocation, the ordinary is made to seem remarkable. However, contrary to Duchamp’s anti-art intention, Daly’s aim is to use that process to create a new formal order. His work also derives from African sculpture and primitive art. He presumably does not believe in the magic power of his fetishes and ritual images, but in making them he seems to have attained something like the sophisticated state of innocence achieved by Paul Klee, in which the capacity for surprise, wonder and playfulness is regained. At some level, Daly is indebted to those writers from Swift to Borges who have invented imaginary societies in order to send messages back to the “real” world. However, as far as I know, he is the first artist to create a new culture and then flesh it with such a wealth of mores, sounds, literature and tangible artifacts. “The Civilization of Llhuros” has some kinship with the Watts Towers, Bomarzo, the painted signs of Jesse Howard and other “gratuitous” constructions.

A concept as complicated as this one is bound to have lapses. I am sometimes put off by its artfulness. Certain fake cracks and nicks are simply too well placed. Occasionally the contours remind me of bland stylized shapes of the ’40s. Also I am concerned about the vulnerability and transience of the substances used, even though I recognize that these properties are part of the show.

Yet there is plenty of room in this abundant conception for minor incongruities. At many levels, Daly’s exhibition is an important occasion. It is fresh and entertaining, and opens up new possibilities. It is also impressive as a straight display of painting and sculpture. By the time the visitor has made his way through its many cunning traps and surprises, he slowly becomes aware that he has participated in a unique and haunting aesthetic experience.