Despite the presence of early literature in the form of prayers, written songs, inscriptions, diary excerpts, and, perhaps surprisingly, some chronicles and commentaries from the reign of Kai Preiden, the Llhuroscians produced no historiography in an official sense. Neither their collective origins nor destinies seemed to have stirred a dianoetic ripple in the body of Llhuroscian literature. In their acceptance of the life condition as god-decreed, they seem impassive, yet in their prayers they appear to have been a people sensitively aware of their impulses, follies, inhibitions, weaknesses, and dilemmas. 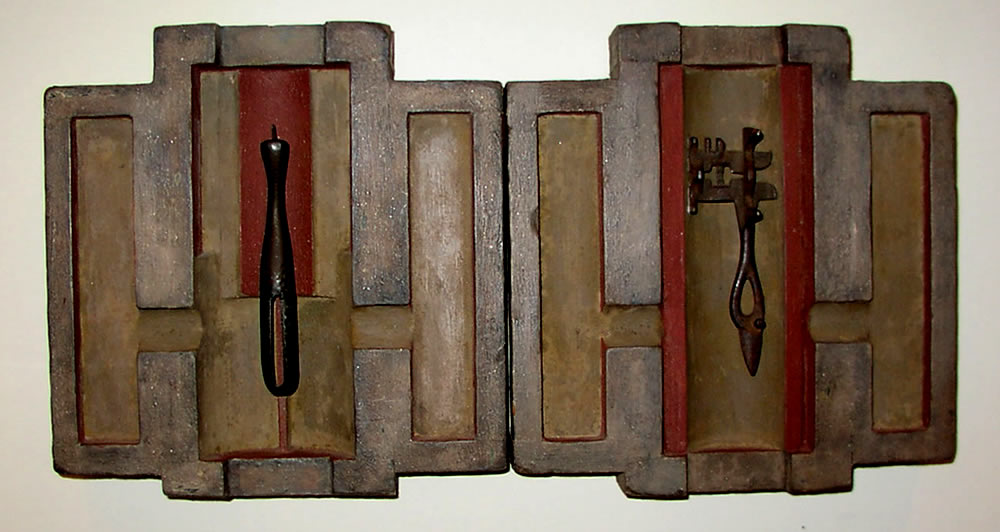 These prayers and occasionally songs were burnt into leather sheaths called senberiens. A senberien was worn at times as an amulet and sometimes attached to a votive or placed within if the votive had a hollow interior. One of the earliest of these prayers was found with a double-niched votive (Catalog #46) dedicated to the joint deities Tal-Hax and Shor-Noo, in the excavations at Vanibo. It is of the Lamplö Period (Late Archaic) and has been translated by Sir Hilion Rupert Bailey of the Royal Paleographic Society in 1961. From its contents we learn that at that time, though these people had a simple lunar calendar, they were still gatherers rather than hunters and that their religion was not monotheistic.

The moon has passed, cold and low
And it is time again to ask you
My God to plead for me.
Go to your God and tell him thus:

My food is scarce and has no taste.
My son is small and weak.
My woman is cold and old.
My eyes do not carry far and away.

All this cannot be changed;
Tal-Hax, this I know.
Tal-Hax tell Great Shor-Noo
Change what is good for me.

Let the berry-bush bow low, the nets full.
Make my son stand in danger, not too long.
Let my woman loosen her hair about me.
When the Last Dark comes, let me see without a fire.

Do this, Tal-Hax, and I will not fail
To plant fishbones in neat regular mounds
Over turtle-shells filled with black and white stones
When the moon comes again, high or low.

Though Phillip Ewing-Kershaw has done the major translations of early senberiens particularly of the Pilkug People2, the only psychoanalytical treatment of the literary development of the Late Archaic has been contributed by Gareth Brewster who, combining the training of the paleographer-philologist and psychoanalyst, clarifies the contextual symbolism of this Pilkug love song.

If you want me
As I want you,
You would let me die
Under a petal of your rose
And you would bury me
In the lobe of your ear.
Considered in the light of the audile-phase latencies, this primitive song demonstrates the absolute normalization of the primary narcissism principle counteracting erotic negativity and illuminating the limits of situational apperception considered by advocates of morphological mimicry to be no less than root-stock for tertiary identification among the constitutive dynamism of acoustical obsession. The partial structuring of voyeuristic-masochistic reduplications, often present in early manifestations of neuraxial residues, gives way here to an abstract equivalent of the mediatization of spatial ensnarement apparent to a demonstrative degree in concentrational forms of obsessional metaphors of audion apparatus. Despite the dialectical relation that can be reconstituted, in the proper sense of a latent signifier, the exoscopic prematurity of audile transitivism bears a momentous consequence as a primordial obsession to imperfect displacement of bipolar structures of questionable heuristic values. Certainly there is the inevitable reaction of complete indifferentiation versus the libidinal economy of overdetermined necromimesis -a symbolic circle of the “Innenwelt” into the “Umwelt” transition which most often results in radical misrecognition. Unfortunately the evidence of “a priori” identification, or, one might say, even the material support of intrasubjective communication forces a withdrawal from the open exchange of truthful clarity in human discourse at this point, most regrettably, with anticipatory psychical causality.3
2. Phillip Ewing-Kershaw, Legends of the Pilkug People.
3. Gareth Hoare Brewster, Phenomenological Expressions of Early Mechanically Motivated Aspects of Undisturbed Intentionality Found in Early Llhuroscian Studies, pp. 99-100
« Introduction | The Stilt-Walkers »
Go to top