The true origins of the obscure culture called Llhuros are unknown. Until the anthropological historians have disentangled legend from fact and meshed their philosophical interpretations with the comparative study of scientifically certified data into an incontrovertible synthesis, it will remain so. Our ever-increasing exploration and knowledge will, we hope, one day produce a clearly delineated and sharply focused picture. Meanwhile, the compiler, who does not recognize it to be his task to establish an origin or synthesis, feels it is not premature to present tangible evidence of the existence of that culture. But, in assembling the material for this presentation from many sources, public and private, here and abroad, he has met with innumerable pitfalls, contradictions, and confusions. Therefore, he wishes to dispel the haze of time for the viewer by giving some idea of how the major divisions in the Llhuroscian civilization were determined. 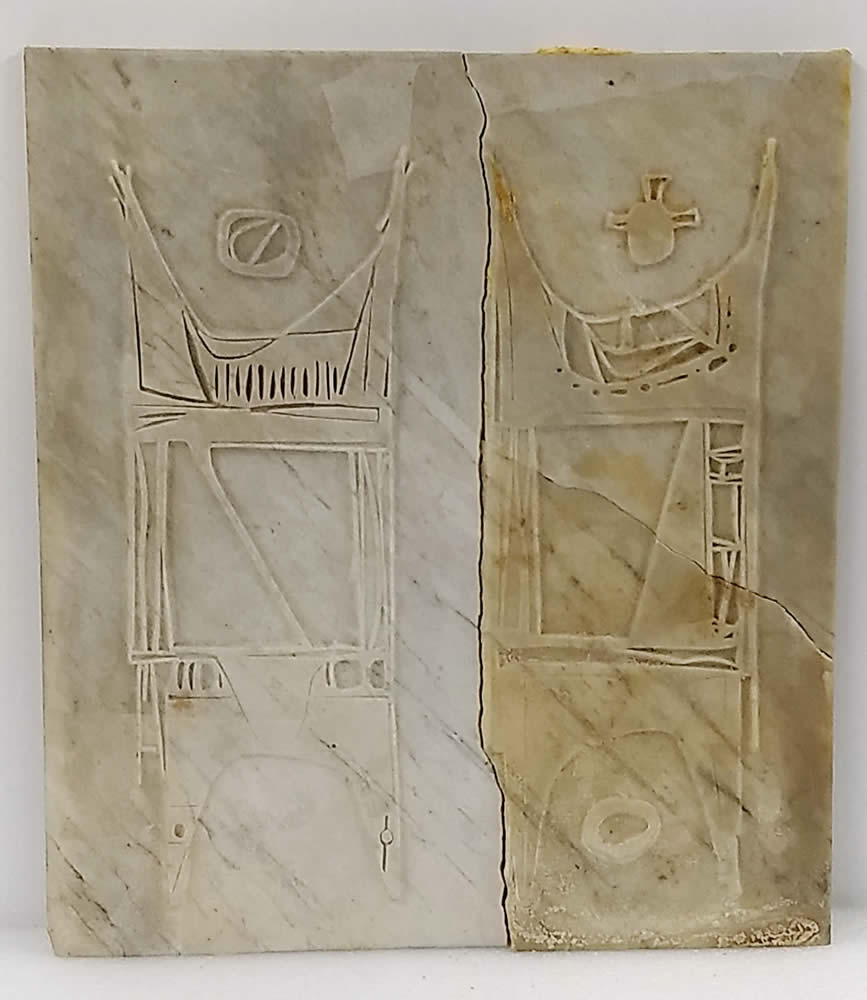 It is for this purpose that the following observations of the English anthropologist, Brent Colburn Towle, curator of the Department of Llhuroscian Antiquities of the British Museum, are quoted:

Though it is by no means categorically infallible and possibly may suggest to art historians a startling oversimplification, the Early Archaic is characterized by a rugged imagery essentially nonrepresentational. The Archaic votives that seem to possess a disquieting or menacing air are invariably Pilkug, while the serene icons are most often the products of the tranquil people of Vanibo. Indeed, this appears ingenuous but the ease with which one might make further obvious distinctions vanishes quickly when one is confronted by the confusing similarities between objects of the Late Archaic (Lamplö) and those of the Middle Period including Malmusian and Naciremian artifacts found at Draikum and Trolydos. The confusion is due in part to the inescapable fact that, while there is a noticeable emphasis on sexuality throughout the entire history of Llhuros, it is the manner and degree of this special interest which distinguishes the Late Archaic from the Middle Period. While not lacking a strain of libertinage, the Archaic can be distinguished easily from the Middle Period — the latter epoch justifiably renowned for a charged libidinousness exceeding even Paphian sensuality.1
There is a danger of over-theorizing in attempting to present a chronological survey of the relatively unknown civilization called Llhuros. The earliest written reference to its existence is by the Tyrsenoian historian, Nim-Bu-Tann the Elder, who wrote:

And long ago the sailors who returned after being given up as lost, told of being befriended by the people on the shores of the Sea of Llhuris whose principal cities were dug deep within pumice mines.
No time can be established by this anecdote, obviously, and still it is our only historical reference to a sea which may have been the glacial lake of Lydia. This supposition is founded on the meager evidence but amazing similarity of Llhuroscian and Lydian bullae (pendants of necklaces which often served as perfume containers).
1. Brent Colburne Towle, Catalogue of Llhurocian Bronzes, p. 13.
« Compiler’s Note | Literature and Liturgy »
Go to top