As Sir Smallpiece points out, there is no evidence that the artistic growth of these people reached heights comparable to the technological advances of the Decline. Even by our present standards, Llhuroscian mathematical and scientific achievements are impressive. Unfortunately, because of ecological changes, we can neither duplicate the working conditions nor benefit from their considerable knowledge. For instance, present day archaeomagnetic data indicate that the Westward Drift of the Geomagnetic Field nullifies any use of the principles employed in the Llhuroscian solar clock. Furthermore, on certain archaeological sites such as Houndee where the unique planispheric-astrolabic torquetum was discovered, tests of thermoluminescent dosimetry of environmental radiation prove the present pollution of that site and elsewhere preclude the use of such Llhuroscian horometric data. The inaccessibility of such scientific data increases our frustration when we learn that the use of even our latest equipment in archaeomagnetic measurement and analysis-specifically, the nondestructive activation of miliprobe examination using charged particles and fast neutrons – has failed to identify the Llhuroscian metal used as the numerals in the machine. 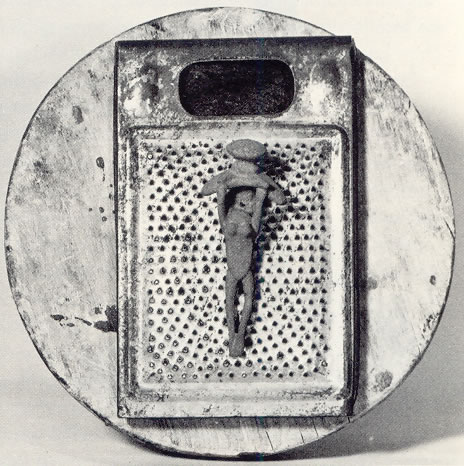 The solar clock is a fascinating excursion into the use of interplanetary energy, being essentially a variant of a cyclic type of mechanical motion using the elastic vibrations of pure epidosite crystals whose oscillation frequencies are more sharply defined and higher than quartz crystals-some 800,000 vibrations per second. That is to say, instead of electrical gearing of any kind of cathode ray, the amplification was of hendiadysiac sympathy or episeismic contact emanating from the constellations of the southern hemisphere or, more specifically, the azimuthal use of Eridanus and Reticulum in crossing the Llhuroscian meridian tentatively identified as New Corwale. As a matter of fact the reconstructed mechanism of this Llhuroscian clock was strikingly similar to present day use of the quartz crystal oscillator: the perforations in the radial dial of the Llhuroscian clock were coated with an alloy similar to elinvar in modulus of elasticity, an arrangement which provided a feedback from a kind of anode circuit much like an old wireless radio. Synchronized with electrical discharges alternately from Eridanus and Reticulum, the temple clock behaved like a tuned grid circuit without the necessity of a valve amplifier and was completely unaffected by either changes of temperature or barometric pressure. In short, the occasion of random error was reduced to less than one part in one trillion. Today we must content ourselves, from the horological point of view, with random error reduction of one part in one thousand million. Ancient horometry offers few examples as bizarre as this clock that signalized the openings of the notorious sexual feasts of the Lokust sect. The erotic figures on the radial dial actually functioned as an ingenious electric gravity escapement, rocking with increasing scope at appointed times for orgiastic rituals.12

Another noteworthy Llhuroscian measuring instrument was the combination planispherical astrolabic torquetum. It bears a remarkable resemblance to the earliest working models made by Nasir ad-din at-Tûsi, the thirteenth century Islamic astronomer. In both the Llhuroscian and the Islamic torquetums, the plane projection of the sphere required the observer’s eye to be placed at the South Pole.

This complex Llhuroscian scientific device had many purposes: when the horizontal plate was oriented, it was possible to make measurements at azimuth (angles measured along the horizon); on the eastern rim of this plate one equitorial plate is hinged so that it could be raised to an angle equal to the complement of the latitude of the place where one was working; the curved phrenlix (a type of gnomon) threw shadows which were read in multiples of twenty-seven degrees, fifteen seconds. This complex division permitted a time measurement far more accurate than our prime meridian of Greenwich allows, because it was not limited to the plane of the ecliptic but measured finite convexities versus finite concavities in determining celestial latitudes. All other known astrolabes (sundials) use the singular solar reference.

Go to top
12. We are indebted to Sir Llewelyn David Barrett, former director of the Greenwich Royal Observatory for an interesting sidelight on this solar clock which was found in the excavations at Kaipurn in 1965. Under his direction, a study of the mechanism of the Llhuroscian solar synchronous clock was based on a series of reconstructions carried out in military secrecy during World War II. At that time there was considerable expectation that some of the principles used in this Llhuroscian temple clock could be employed in effecting a finer synchronization of British time between England and Australia. The principal substitution in the reconstructions by the English astronomers was in the experimental use of infratimovisia gas in place of ammonia-a substitute whose molecular collisions are nonrandom. Set in motion by electrical emanations alternately from Eridanus and Reticulum, the Llhuroscian clock utilized the atomic vibrations in permanent nonchangeable patterns for absolute control of oscillation. Twentieth-century air pollution prevented Sir Llewelyn David Barrett from establishing episeismic rapport with much of the Southern Constellational frequencies.
« Art in Llhuros | The Decline of Llhuros »
Go to top

Adapted from the original catalog for The Civilization of Llhuros, ©1971-2021 Cornell University, licensed under CC BY-NC
Photographs by Marion Wesp