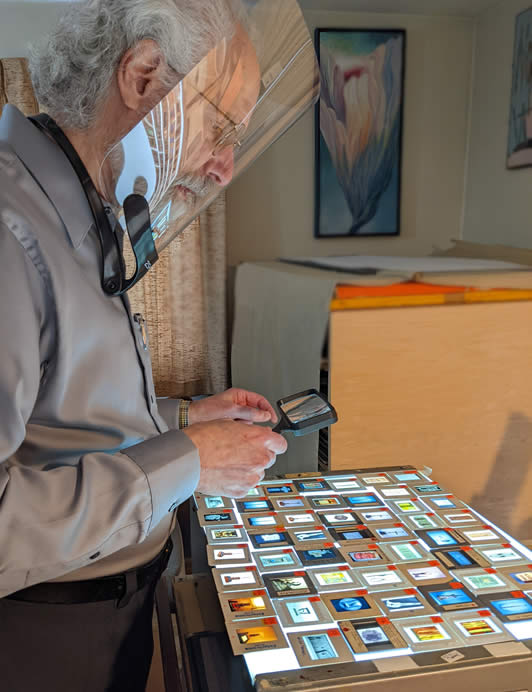 Stephen Singer examines slides that will be digitized, March 2022

This past winter we continued the careful work of collecting and identifying Norman Daly’s papers for the Cornell University Archive. In Daly’s residence, we located dozens of old slides and negatives. They were entrusted to a local image specialist, Stephen Singer at SRS Imagemaker. Color slides of Llhuroscian objects and exhibitions, taken by several local photographers, are now digitized. Negatives from lost photos taken at the 1972 premiere of ‘The Civilization of Llhuros’ at Cornell University have been converted and digitized. (see below) 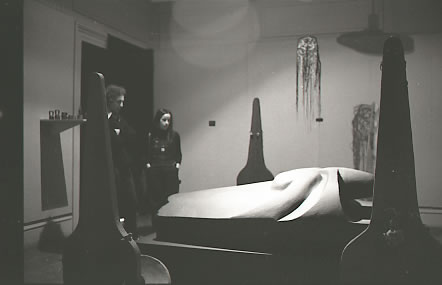 Vistors to the first Civilization of Llhuros Exhibition with the large artifact, Fragment of an Effigy of Holmeek, bronze from the Decline of Llhuros. Also shown, Effigy Chairs from the Temple of Holmeek, January 1972. 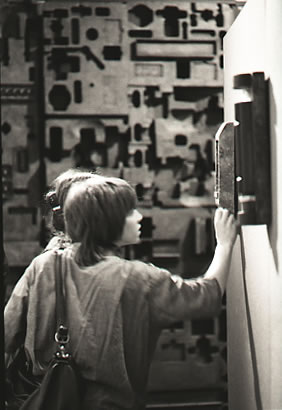 Visitors examining an artifact. Door from the Villa at Atraxos, bronze, bas-relief are seen in the background, January 1972