Look for the Red Layer

Professor Robert Ascher’s review of the Civilization of Llhuros was included in the catalog for the first exhibition at the Andrew D. Dickson Museum of Art at Cornell University in 1971.

Look for the red layer under the blacktop parking lot in the shopping plaza.

Lord Carnarvon had financed the search for Tut, the teenage Egyptian Pharaoh. He was there when the tomb was opened, and he was one of the first to view its contents. Several months later (and several weeks after receiving a mosquito bite), Carnarvon died. Death came at 1:55 in the morning, April 5, 1923. Simultaneously, the lights went out all over Cairo (the cause of the failure is not known); at about the same time, Carnarvon’s dog died at Highclere, England. Are these events linked in an unusual way? 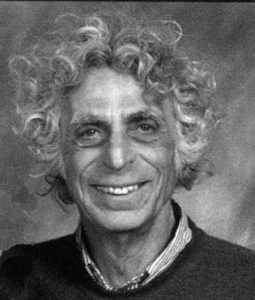 The psychiatrist R. D. Laing says that what we take to be insanity is a perfectly good response to a mad world. He takes another step-although many do not follow-and says: Listen seriously to those who have journeyed to another world and returned with a myth. Now we anthropologists take a trip of sorts, and we make up early civilizations from their debris. Norman Daly’s civilization is manufactured largely from the debris of our civilization; it is then reset in terms of anthropo­logical constructs of early civilizations. But what if our constructs are myths? Then Mr. Daly’s civilization is both a myth, since it is his civilization alone, and it is also phrased as a myth about a myth, since he tells us about Llhuros in the common anthropo-mythological terms (for example: Un­identified; Early Archaic; Wood, hide, and stone; Height, 45 cm.) that establish contact with all of us.

The civilization which is Daly’s alone is an interesting place to be. Let the artifacts stand for themselves, without labels, then art drives around love, makes a U-turn, and comes back out through religion and science. Or choose some other route; enter anywhere, exit anywhere. There is no resemblance whatsoever between any civilization, past or present, and the pile of stenciled self­-contained blocks, that make up the sectional categories for organizing Newsweek.

But the debris of Llhuros, together with the commentary, becomes myth on myth. By mimicking the way the anthropologist second-hands us a civilization, Daly draws us into believing. What are the props? Here are some: Having been liberated from a land where it was not really appreciated (we are not told this, but see Frantz Fanon), Llhuros rests to rot in our cities: Stockholm, Paris, London, and Rome. Pieces of Llhuros are elsewhere: the Brown-Singer Foundation, for example; Viscomte Jean Louis Bernardy, and Sir Edward George Hill also have pieces of Llhuros. There is not space enough to mention all those who have bought and sold fragments of all the Llhuroses for their amusement, or for whatever it is that drives them to possess and hang such stuff upon their walls. We know slightly better what motivates the Oxfordian pedant, Phillip Ewing-Kershaw, to sweat over the surviving texts. In the same way, the monks who people A Canticle for Leibowitz peer at the blueprints of our civilization, thousands of years from now.

(Who was the Superstar in the Carnarvon-Tut story, anyway?)

Last Friday, a young woman came to me with a question. Her friend was about to visit her for the weekend. To indulge his interest in collecting­ “you know, arrowheads”—she thought they might pass a pleasant Sunday afternoon in search of relics. She asked me to suggest a likely place to look. Look for the red layer under the blacktop parking lot in the shopping plaza.